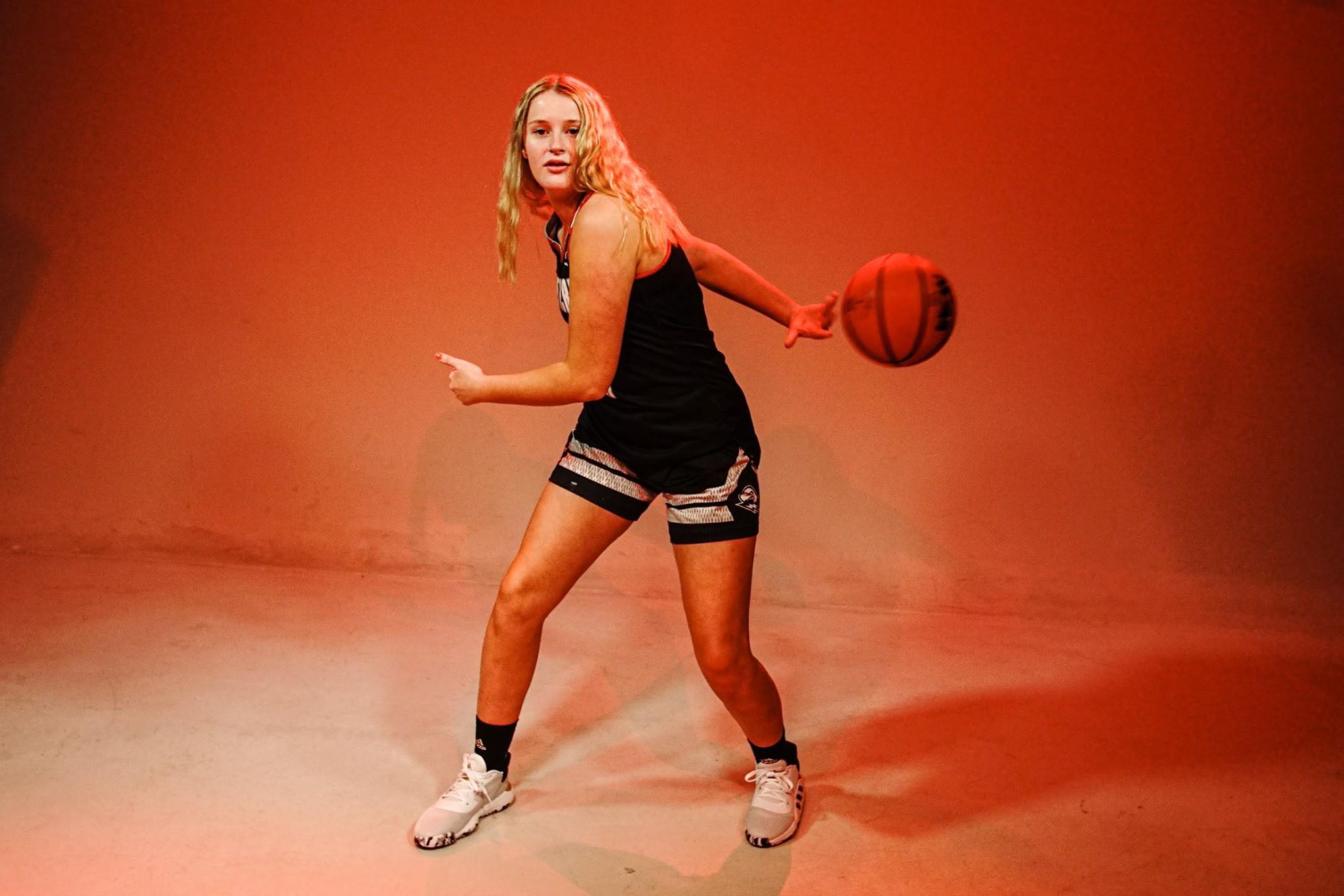 2019 was a big year for ACT Junior Pyper Thornberry. As well as making her presence felt in the Championship Division of the Waratah League with the Canberra Nationals, she has just graduated from Year 12 at Lake Ginninderra College and is looking forward to the future that basketball is hopefully laying at her feet.

As a 6’2” power forward with athleticism and basketball IQ, Pyper was always going to be an attractive prospect to US Colleges. Add to that her experience at the Australian Development Camp and on the squad for the University of Canberra Capitals, and there was never a doubt that she would get some serious D1 looks.

As it turned out, the most serious look came from Southern Utah University, a Big Sky participant located in the Utah town of Cedar City.

Turn the clock back eight or nine years, and the statuesque Pyper was a not-so-tall 11yo taking to the courts for the first time with the Ginninderra Rats. After two years at Rats, she moved to Norths, a serious women’s basketball nursery (she will join Callie and Isabelle Bourne as the third Norths female athlete on the CBR2USA D1 list). Even back then, Pyper was not interested in settling for a mere social involvement in basketball.

Participating in the Junior Waratah League (SJL and CPL) from U12s and in the Australian Junior Championships from U16s didn’t come without considerable hard work. That hard work, and her obvious potential, led to an invitation to the Australian Development Camp in 2017. As well as giving her the chance to be trained by the best coaches in Australia, attendance at the ADC gave her an insight into the level of basketball that would be required to open further opportunities at College level, which was her goal.

Inspired by her idol Kobe Bryant, and further motivated by her local hero Jess Bibby, Pyper continued to grow and develop at the junior—then senior—ranks of the ACT. Her averages at her recent expeditions to the Australian Junior Championships hovered at the double-double level (13.5ppg and 9.5rpg in 2019, 10.8ppg and 9.3ppg in 2018 and 12ppg and 9ppg in 2017).

Frustratingly, as the Summer Slam tournament and the Junior Championship training campaign got into full swing in 2019, Pyper has suffered a back injury. Unable to compete in the Summer Slam was made all the more bittersweet for her as her team went on to win the tournament.

Living in Canberra affords great opportunities to women players who are prepared to put in the effort. As well as providing access to training at the AIS, the city hosts both Tier 1 and Tier 2 teams, opening development placements and the chance to play and train with top-level professional women athletes. By taking advantage of these opportunities, Pyper has been able to compete against far older and more experienced adults, positioning her well to attract the attention of multiple US Colleges looking for an Australian post player that would be a huge asset to their team.

Although unable to compete on the court or in physical training because of her injury, being a member of the Canberra Capitals squad has included great rehab and strength and conditioning programs which has definitely aided in Pyper’s recovery, her preparation for the Waratah season and her upcoming summer pre-season with SUU.

Despite being unable to play at the moment, her performances to date, her size and her physicality were enough to convince SUU Head Coach Tracy Sanders that Pyper would be a good fit for the Lady T-Birds. Coach Sanders, currently in her second season at the helm, is a Hall of Fame player from Saint Marys. She was Associate Head Coach at Saint Marys for five years, where she worked primarily with post players. Her connection with the ‘women in the middle’ increased the appeal of this team for Pyper. When asked if this aspect of Coach Sanders’ background influenced her decision to sign with SUU, Pyper responded:

“I believe it did! She knew how I played and I think that we just clicked straight away! She knew what I wanted and I knew what she wanted.”

When asked what made the decision easy:

“The most impressive thing would have been the amazing coaching staff and players! The campus was also very beautiful and I felt it would be perfect for me.”

The Southern Utah University is an NCAA Division 1 member of the Big Sky Conference. Coming off the back of several seasons where they averaged a win rate below 25%, the Lady T-Birds have already eclipsed the number of wins for their entire season just two years back. A change of head coach has heralded the change of fortune.

SUU is located in Cedar City, Utah. In the south-west of the State, it is a little over an hour’s drive to Nevada in the West and Arizona in the South. Competing in the same Conference as the Idaho State University Bengals means that we will see regular match-ups between Pyper and fellow Norths player Callie Bourne.

Pyper will head across to Cedar City in May to participate in the Summer pre-season and continue her back rehabilitation in preparation for her Freshman season. CBR2USA would like to wish Pyper the best of luck for her Big Sky Future.