Nothing ‘Austin’-tatious about Canberra Gem Hannan 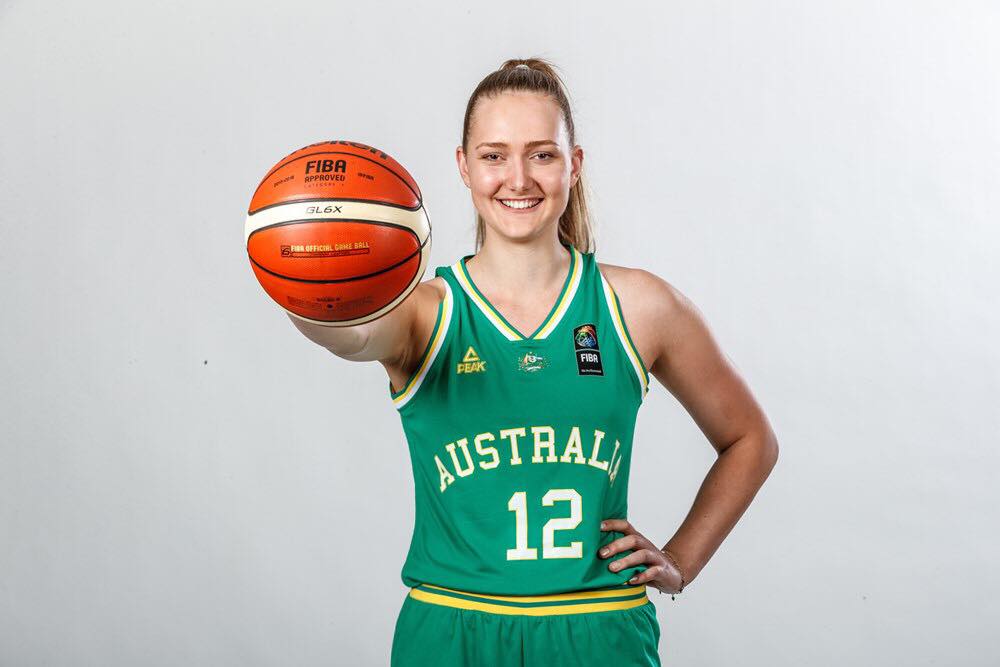 Please forgive the very awkward paraphrasing of Sheldon Cooper’s ‘peeing for Texas’ poem. However, it pretty much sums up in a few short lines CoE scholar and Canberra resident Ashlee Hannan’s decision to head to the University of Texas to become a Longhorn. Despite being sought by more than 20 seriously good colleges, Ashlee had her own criteria:

“There were a number of deciding factors that I was looking for in a school, such as a good basketball program, good academics, good atmosphere & people and not too cold weather and I think Texas met all those criteria and after visiting, I knew it would be the place for me.”

In some respects, her choice to study and play College basketball is like going home — Ashlee was born in Washington, DC.

Being 6’5″ and the daughter of an Olympic basketball medalist (Mum won Bronze in the 1996 Olympics), there was probably never any doubt that Ashlee was going to be a basketballer. However, despite being an “extraordinary athlete”, even when quite young, her parents Fiona (nee Robinson) and Andy Hannan – deliberately diverted her away from basketball to ensure that she explored other sporting options. But by the time she was 11, having moved to Brisbane from Melbourne, she knew that the other sports did not have a chance:

“I’ve officially been playing since I was 11. My Mum played, so I pretty much grew up in basketball stadiums and that’s how I knew I wanted to play.”

In four short years, after cycling through junior clubs Brisbane Capitals and South West Metro Pirates, Ashlee was firmly on the radar of the Basketball Australia’s Centre of Excellence. At 15, she was offered a scholarship there, and moved to the town where her parents met (back then Fiona was playing for the Capitals and Andy was at ADFA) and went to Lake Ginninderra College. The move was an opportune one. Her Dad was offered a job in Canberra, and so her family accompanied Ashlee back to the capital.

While Ashlee has only been to the BA Junior Championships three times (2016 and 2017 representing Queensland and 2019 representing ACT), she has experienced her fair share of high level competition. As part of the U16 Women’s national team, she won Gold at the FIBA Asia Cup held in India. As part of the U17 FIBA World Cup in Belarus she won Bronze, and added a Bronze medal at the U18 FIBA Asia Cup in India. She has also just been selected, with CoE team mate and fellow Canberran Isabelle Bourne,  to be part of the Under 19s Gems to play at the 2019 World Cup.

Ashlee’s decision to choose the University of Texas may have been based on a number of factors other than the strength of the basketball program. However with this choice, another circle is closed. Her mother, Fiona, studied and played at the Texas State University.

“Texas State is in San Marcos and Ashlee’s University of Texas is in Austin. Us both going to the same state is just a weird coincidence”.

The Longhorns’ campus is based in Austin, which — for three years in a row — has been voted ‘the most livable city in the USA’ by U.S. News & World Report. According to Mum Fiona, although Ashlee also visited Northwestern, Louisiana Tech and IOWA State, she “loved the University of Texas campus and especially the extra services offered to athletes. She was also very keen on the Business School which she managed to get entry to as a freshman which is rare.”

In addition, according to CoE coach Kristen Veal:

“The State of Texas has a successful history of embracing young Australian female basketballers, and we believe Ashlee will continue that legacy over the course of her college career.”

Canberra may have only had a few years to place a stamp of ownership on Ashlee, but CBR2USA is happy to claim her as one of our own. We join with her family in wishing her the absolutely very best on her journey in the USA, and we will be following her progress closely.