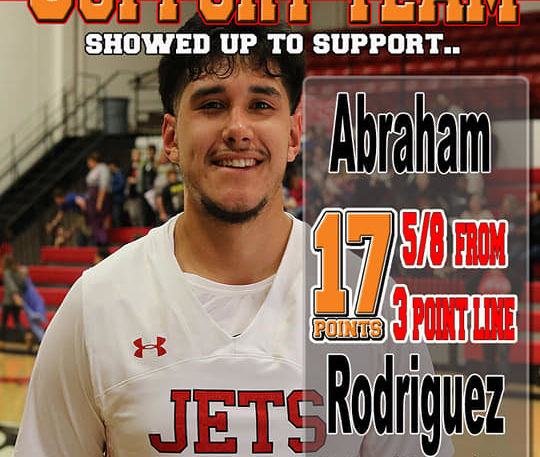 It wasn’t a text book start to the season for AJ Rodriguez. A head injury during pre-season saw him on concussion watch for weeks after, missing a good part of the early season. However, following a short scoring slump, the NOC Enid Freshman has finally hit his stride. Lighting up from beyond the arc, AJ contributed 17 points to the Jets’ 50 point thrashing of MACU JV.

Callie Bourne continued her outstanding performance this season, topping the game against Northern Arizona in points (16) and steals (3).  At 11.6 points per game, she is the highest scorer on her team.  With two and a half seasons remaining on her watch, her College future is looking very bright.

After spending the best part of his Division 1 career sidelined by various injuries, Bul Kuol has literally hit the court running as he contributed 16 points in one game this week, and came close to completing a double-double, with 10 points and 8 rebounds in the other.  The Senior is looking forward to remaining injury-free for the remainder of Conference Play.

Sister Issie Bourne is doing her bit to impress as she turned in team-topping rebound efforts in both her games this week.  Her averages (5.1 points and 5.1 rebounds) are outstanding for a Freshman, and she is ranked 15th in the Big Ten Conference for defensive rebounds.