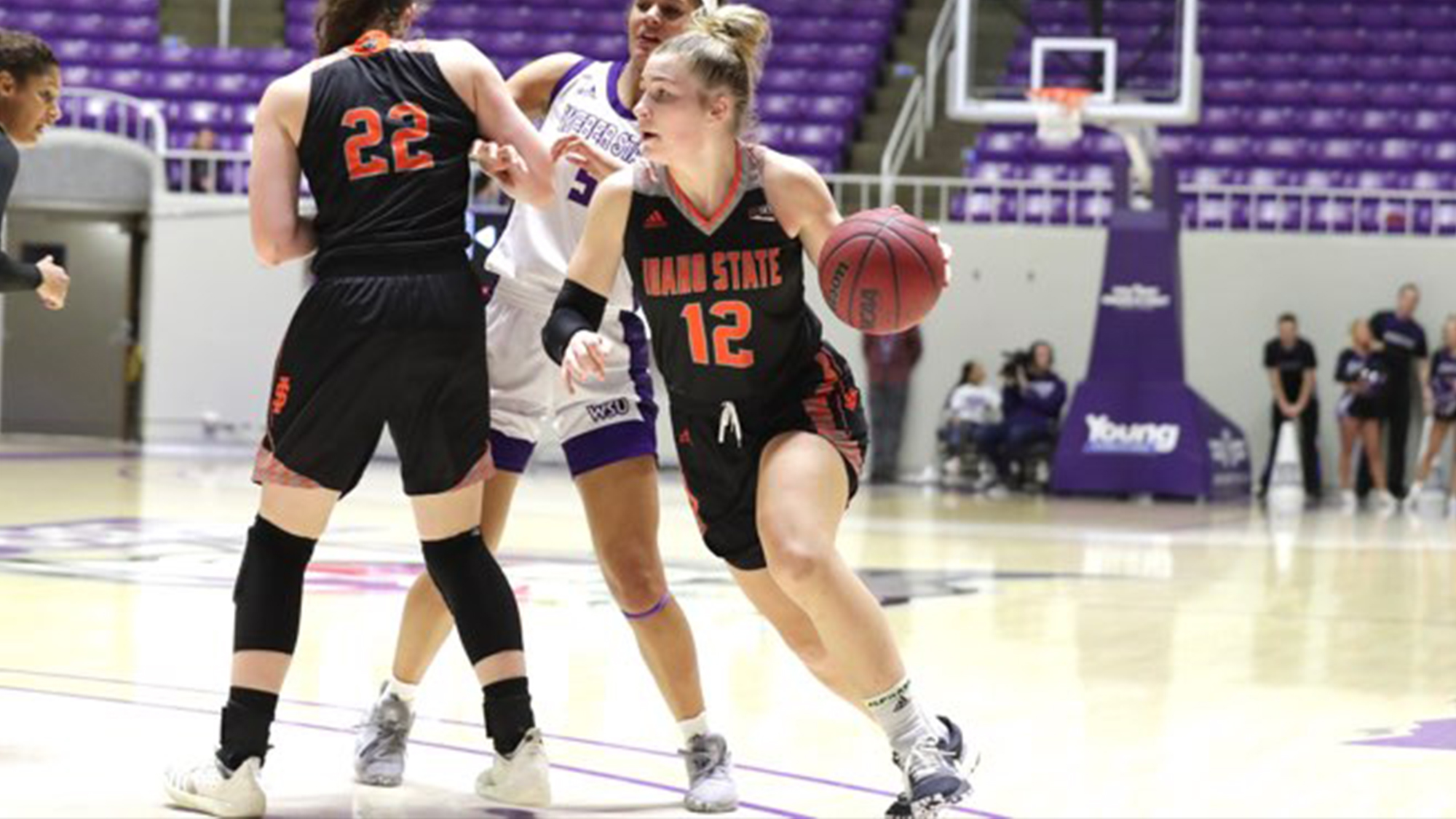 Callie Bourne smashed her career high with a 26 point haul in the Bengals’ 65-54 Conference win over Weber State last week.  Callie also topped her team in rebounds (6) in that game, placing her 6th in the Big Sky Conference for rebounds (7.4rpg).  She is currently ranked 14th in the Conference for scoring and was nominated for the Big Sky Player of the Week award this week.

Callie is currently the top scorer and rebounder for the Idaho State University Bengals, who are 7-9 for the season. According to her coaches, it is her toughness that is seeing her succeed at this level:

“Callie is tough,” said [Assistant Coach] Stohr. “You can see it on her face. She is just a competitor. She had that one drive where the shot clock was coming down and she hesitated, went down the left lane, and finished over a girl that is about three-inches taller than her. That just speaks to her character, she is tough.”

Rob Colton is making the most of his season as he consistently puts up solid performances. The Whitman College Blues Senior put in two double-digit performances this week, including a double-double that incorporated a team-topping 13 rebounds.  At 12-4, the Blues are sitting a little behind their normally unbeaten record at this time of the year.  However they are regularly recording triple-digit results in their domination of Conference play.

Mikala Williams recorded a game-topping 7 assists to go with her 13 points in the Harcum Lady Bears’ win against Raritan Valley.

We also welcome Nyakiir Dau back onto the CBR2USA roster as she joins Florida College as a Junior.

Woes of the Week

Nikki Worner has unfortunately had to return home for medical reasons. She already has twelve months of classes under her belt, and hopes to return next season.