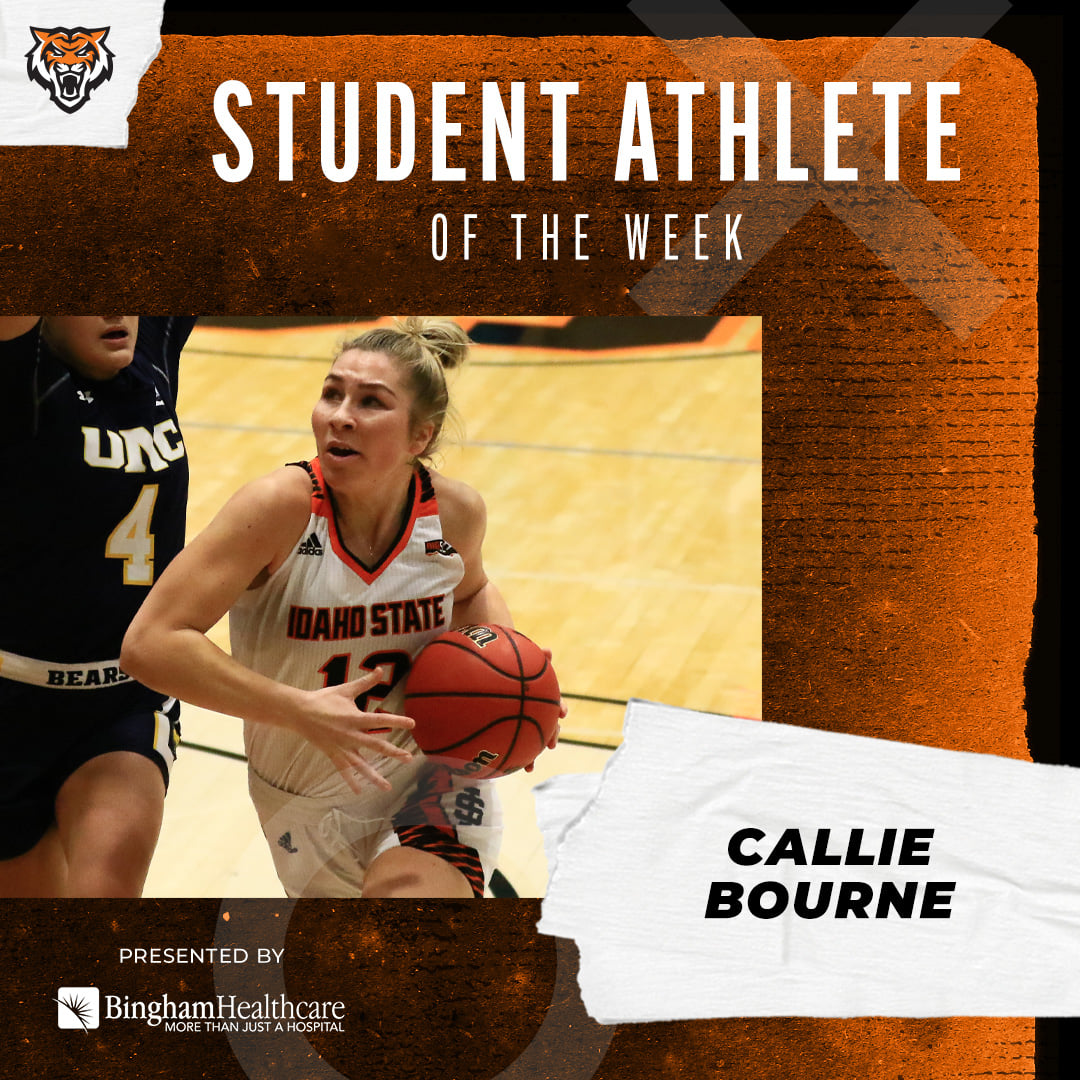 Each time I prepare this Review, there tends to be a standout athlete who is deserving of the spotlight, modest though it may be.  This week has presented me with a challenge as both Bul Kuol and Callie Bourne have performed at an exemplary level and are both worthy of praise.

As a Graduate, Bul has slotted into his new team with considerable impact and is putting up consistently high numbers, averaging 16.5 in his last four games.  Despite the University of Detroit Mercy Titans having a 4-8 record for the season, they are averaging a higher win rate (33%) than they managed last season.  Some of the credit for this must fall to Bul for his consistent performances. He is averaging 15pts/5reb per game and rarely gets a break from the floor during games.

In contrast, Callie’s Idaho State University have lost only one game for the season – when they competed in the exhibition game against Nebraska, enabling the two Bourne girls to compete against each other on US soil for the first – and possibly the only – time.

During the past fortnight, ISU have had two back-to-back matchups, and in each case Callie has saved her best performance for the second game.  Against Sacramento, Callie managed a massive game-topping 28/10/4.  The following week, she inflicted 18/9/7 against Portland, easily topping her team’s stat sheet. These efforts culminated in her being named Student Athlete of the Week.  She is currently averaging 10pts/9reb per game, and is regularly the game leader in assists, averaging close to 3.5 per game.

After a game-topping game against Michigan two weeks ago, Issie Bourne has been sidelined by an ankle injury.  She is currently averaging 14pts/7.5reb per game.

A few more of last season’s athletes have returned to the court for the first time.  John Mapiou crashed the boards in his first game back, leading the game in rebounds (8) as well as blocks and steals.  His team starts playing a truncated season in earnest from next week.

Dahl Fieg and Abby Solway have both begun their season with South Georgia Technical College after arriving at the Americus Georgia campus shortly after Christmas, and in time for the beginning of the shortened season.  A Division 1 member of the Georgia Collegiate Athletic Association and the NJCAA, South Georgia Tech was established in 1948.

Dahl joins a couple of Sydney-siders and players from Serbia and the Czech Republic in the otherwise local Jets roster.  In his debut game, Dahl drained a couple of three-pointers to prepare his team for what is to come.

Abby is the only Australian on a roster that is 50% international, with the majority of the players coming from the African continent and one from Japan. She joins the Lady Jets as they were elevated to 4th ranking in the NJCAA.  She is one of only four Freshmen.  Based on their 3-0 record so far, the Lady Jets look set for a solid year and Abby is already averaging 7 points per game.

We are excited to add Maddy Wheatley to CBR2USA.  She joins only one other international player from Belarus on the roster of the Gannon University Golden Knights, a NCAA D2 college that participates in the Pennsylvania State Athletic Conference.  Gannon University is a private Catholic college set on a beautiful campus in Erie, Pennsylvania.

The Golden Knights are coming off the back of a highly successful season having swept the PSAC Tournament last season to complete a 25-6 record.  Four games into their current season, they are striving to repeat the success with a 4-0 record to date. After a brief debut game following her arrival, Maddy is looking to settle in and contribute to a team that looks set for another positive season.