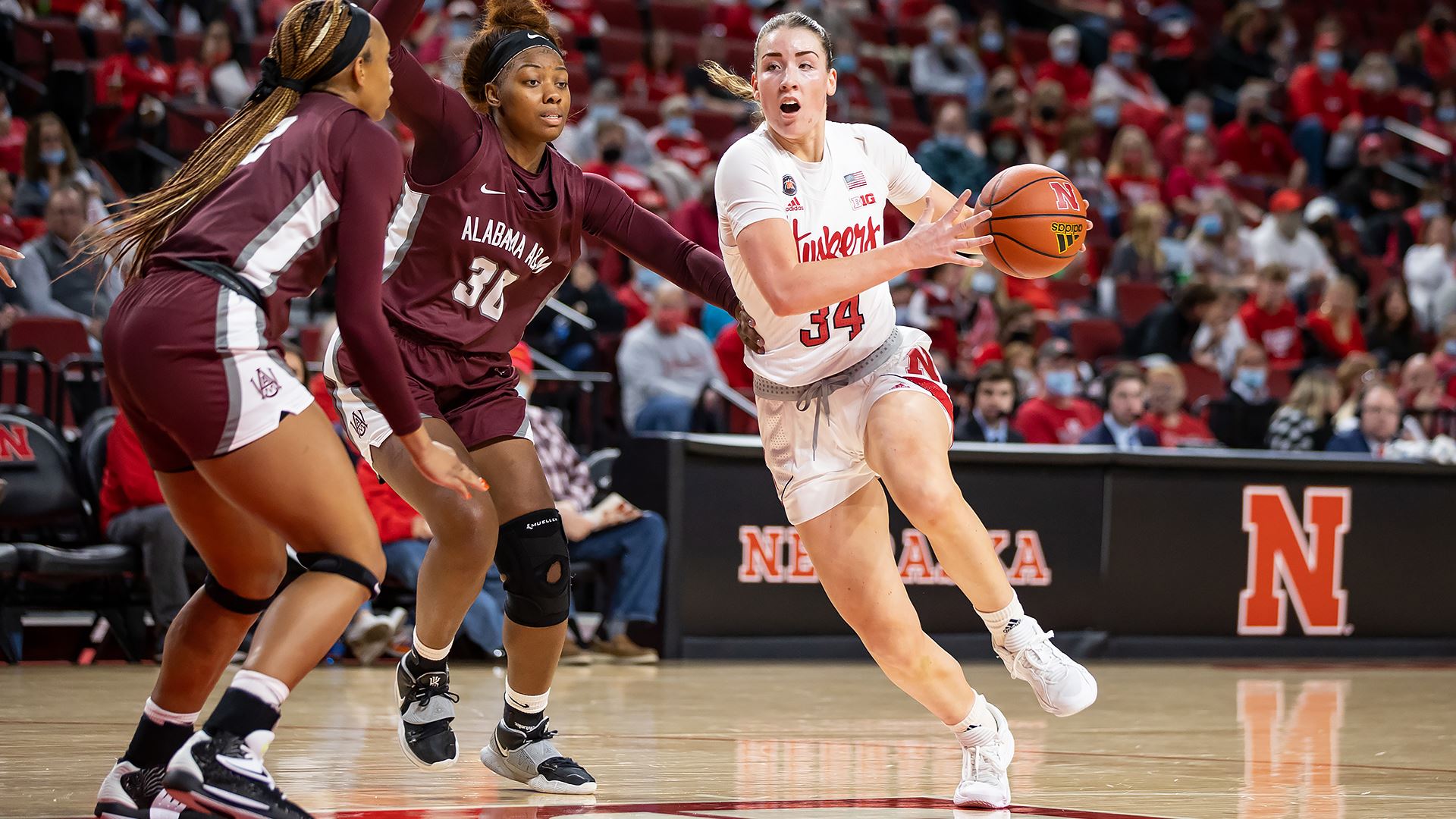 In a College career that is going from strength to strength, Isabelle Bourne continues to grow in her role with the Nebraska Cornhuskers.

“Bourne, a third-year sophomore from Canberra, Australia, scored 16 points during Nebraska’s huge first-quarter run to put Nebraska firmly in control. She got her 23 points, six rebounds, a block and a steal in just 21 game minutes.”  University of Nebraska

Issie is already attracting national attention in Australia (Pick and Roll – Five Must Watch Aussie Women in the NCAA This Year).  With three more seasons to run on her tenure at Nebraska, Issie will have lots of opportunity to draw the focus of international women’s basketball.

“By being such a threatening presence close to the basket, Bourne helps unlock Nebraska’s shooting attack from the perimeter, which will likely be determining factor in Nebraska’s campaign in the Big 10 conference this season. The Aussie forward will no doubt face double-teams this year. If she can consistently connect with the open shooters surrounding her, Nebraska could become a handful for the conference’s heavyweights, which includes four of the top 11 nationally ranked sides.” Pick and Roll

Blake Jones is settling into the rotation at the Division 1 George Mason University.  He is averaging between 10 and 15 minutes on the court per game and he is establishing his strength from beyond the arc with a solid 45% 3PT shooting rate.  So far he is also 50% from the free throw line. Admittedly he has only had two attempts so far, but we managed to secure a photo of one of those (below). 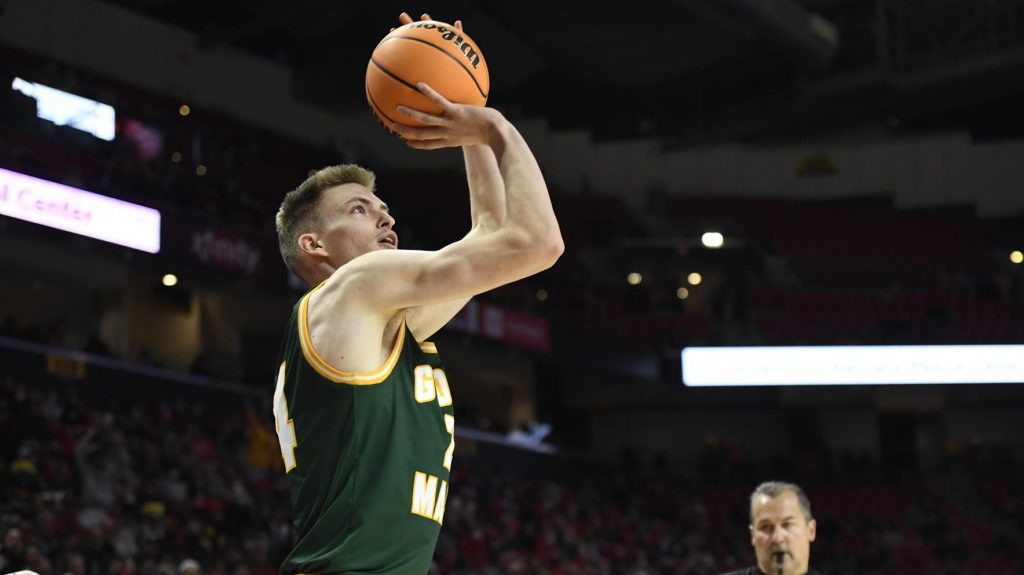 Maddy Wheatley will be making use of her redshirt year to rehab her knee following a recent rupture to her ACL. She is heading for surgery during the next few weeks.

Unfortunately, John Mapiou‘s game performances are currently going unheralded as there seems to be a total absence of statistics for the New Mexico Military Institute Broncos.  If his results are ever backdated, we will include them in next review.