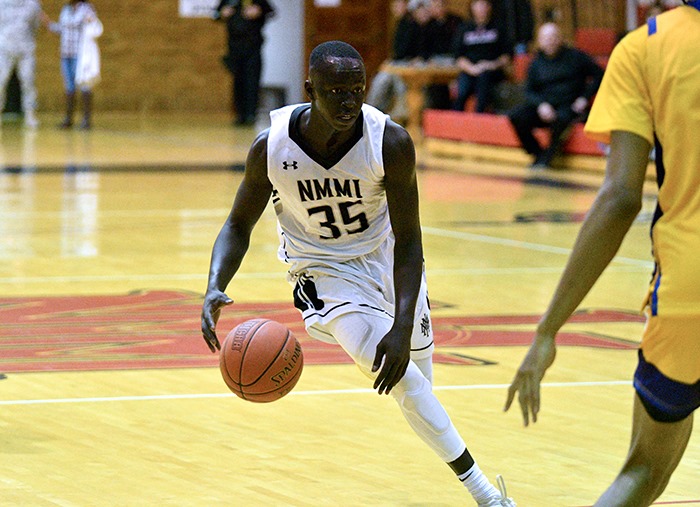 Welcome back to CBR2USA – I know that I am really excited about the upcoming season, and the regular flow of games can’t start soon enough.  Already – even before the regular season has started for some teams (playing either closed or scrimmage games) – two of our newest players are topping the stats sheet.

John Mapiou, having one of his first games for the New Mexico Military Institute, impressed with a game-topping 16 rebounds (stats were not kept for his games this weekend, but NMMI couldn’t help but let the ‘cat out of the bag’ in the post-game wrap-up).   Equally as impressive, and playing while still unwell, Isabelle Bourne had her first official game for the University Nebraska Huskers – leading the game in blocks (3).

The freshman roster is down to five for the remainder of the season after Rosie Schweizer, Ashlee Hannan and Emily Leslie return home for red-shirt breaks for personal and family reasons.

Callie Bourne returned to the court this weekend, leading the Idaho State University Bengals in rebounds (7) and managing a game-topping 4 steals.

While a number of the teams have been in preseason until this weekend, some have already played regular season and exhibition games.  Nate Brown’s Bethany College Swedes and James Toohey’s Saginaw Valley State University Cardinals are already three games deep.

By next weekend we will have seen all our players have their season openers, and the ‘Week in Review’ will be in full swing.  With fifteen players – freshman to senior – NAIA, NJCAA and NCAA – from the West Coast to the East Coast – there is a bit of work involved in preparing and presenting this information.

I hope you will bear with me as I try to make this weekly publication (and the CBR2USA site) as efficient as possible while still providing enough information to maintain your interest.  Your feedback and suggestions are always appreciated.  It is good to get a sense of whether it is all worthwhile.